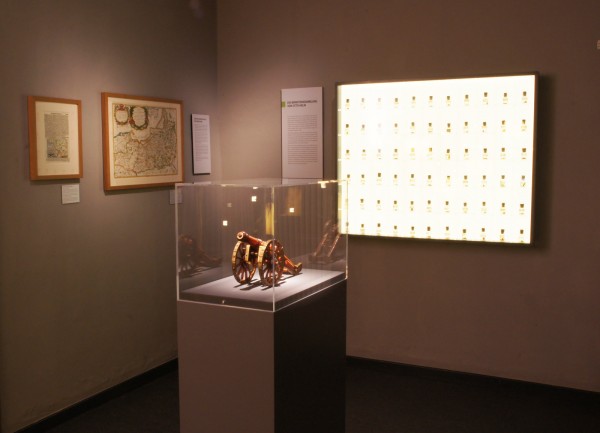 Amber is a collective term for petrified tree resin, which probably formed in the area of West Prussia somewhere between 40 and 55 million years ago. Amber is connected to a unique natural phenomenon: Occasionally, small creatures and sometimes even parts of plants were enclosed in the hardening resin, and these can still be studied in detail millions of years later. The Danzig pharmacist Otto Helm (1826-1902) brought together a significant collection of these so-called inclusions. Some of his pieces that had long since been considered lost forever have been rediscovered and restored, and are displayed once again in this exhibit. Using a touch screen, visitors are able to view these preserved fossils as if they were under a microscope.
Trade of this precious amber has always formed a significant component of the region’s economy. Jewellery and rosaries were manufactured from amber – and also some extraordinary examples of handicrafts, such as a model of a canon from the year 1660, a prized exhibit in the museum’s collection