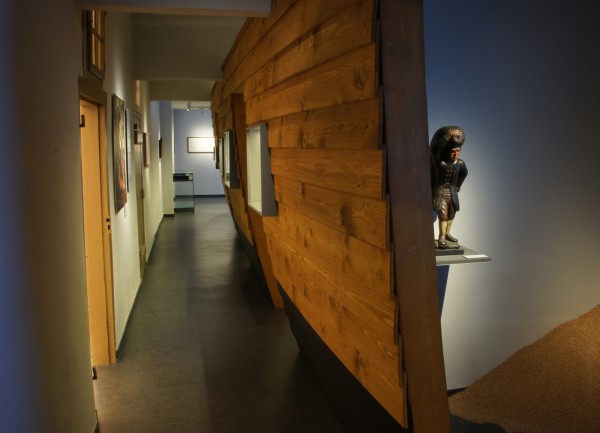 Since ancient times, the so-called amber routes have stretched from the coastlines of the Baltic and North Seas through to the Mediterranean region. In the Middle Ages, the cities of Thorn/Toruń, Kulm/Chełmno, Elbing/Elbląg or Danzig/Gdańsk profited greatly from Hanseatic privileges in the Teutonic Order’s Prussia. Major markets developed as a result of these: From Danzig, for example, in the year 1481 alone, over 1,000 trading ships set sail in the direction of Central or Western Europe. This Hanseatic era of dynamic developments is presented through exhibits in display cases and cabinets positioned in a mighty recreated ship’s hull.
From the mid nineteenth century, numerous industrial enterprises were established in the otherwise primarily agricultural province of West Prussia. A wide range of exhibits represent diverse branches of the production industry, from breweries through to heavy industry, each with their own stories to tell. The sugar industry and the cigar factory Loeser & Wolff are illustrated and explained in greater detail – both of which were of nationwide significance in their time.