The epoch from the sixteenth through to the eighteenth century offered the western region of Prussia, which at the time came under the control of the Polish Crown as “Royal Prussia” (Prusy Królewskie), ideal conditions for a flourishing of the arts and sciences. Extensive religious and self-government privileges enabled the region to achieve an increasing level of prosperity based on the Baltic Sea trade. This growing prosperity found expression not only in a steady demand for handicrafts, and in the many representative buildings from this era in and around Danzig/Gdańsk, but of equal, or even greater, significance in this environment was the creation and publication of Christoph Hartknoch’s exemplary book about Prussian history, “Old and New Prussia”: With its early depictions and views of the cities, this extensive work covering the history and regional studies of the Prussian lands passes important pictorial documents down the generations. A number of these pictorial documents can be viewed in the exhibition. 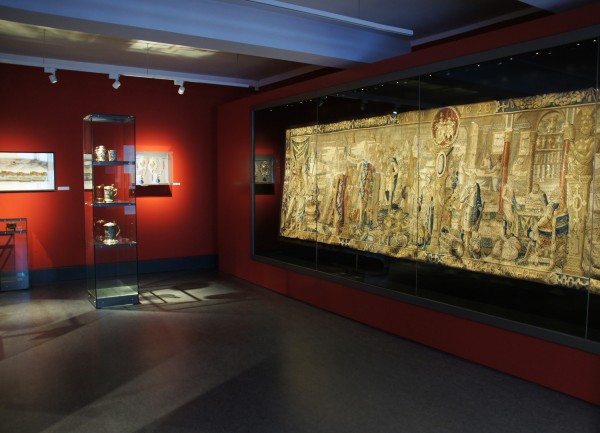 Exhibited in a special large display case, a particular highlight of this section is a magnificent tapestry from the year 1620 that originally belonged to Mayor Eggert von Kempen. This tapestry is the only surviving wall-hanging tapestry from a Danzig household of this era.